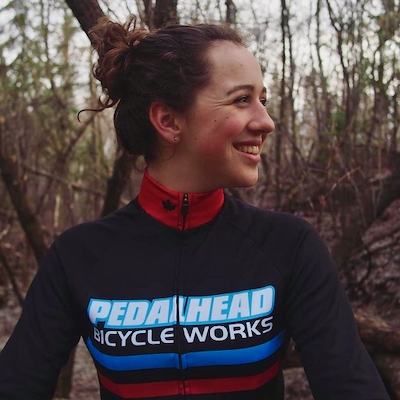 Sidney has always enjoyed outdoor sports and discovered her love for speed at a young age. Starting at seven, her focus was on downhill ski racing and a few years later, long-distance running was added.

In the summer of 2011, on a whim, her parents entered Sidney into her first mountain bike race, which just happened to be the Canadian Championships. Sidney placed third (out of three) for her category, but she had her first taste of racing and the podium. She has been hooked ever since.

Sidney is studying at Queens University towards a degree in Health Sciences while continuing to focus on training and racing nationally and internationally for MTB and Cyclocross with Liv + Pedalhead.

I've been in Belgium racing against the best professional CX riders in the world, and I could use your help! I'm fundraising to get to the 2021 Cyclocross World Championships at the end of January. For more information or to donate check out this link: gofundme.com/f/sidney-postc…

Huge thanks to @SidiCycling for the awesome shoes for this season!!! 😍👟 pic.twitter.com/eorjhcjN12

Recovery ride down by the ocean 🌊 @ Mt Doug Park instagram.com/p/BSUN0mah0X3/

"There is an intrinsic value in creating something for creating it"